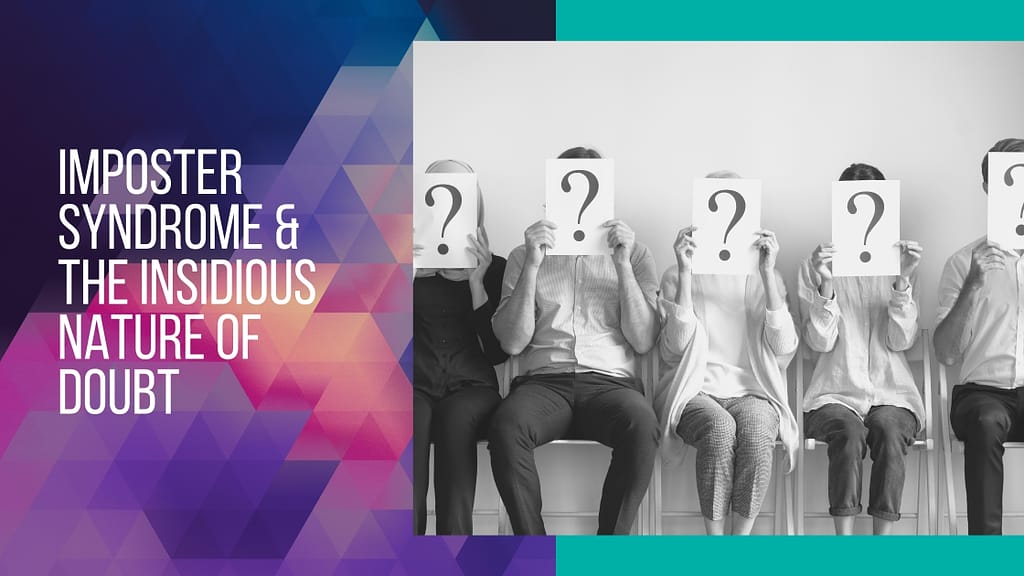 Impostor syndrome is rooted in doubt.

Fear says “I don’t know if I should do this.”

It’s important to know the difference, because for a long time I confused the two when it came to dealing with my own impostor syndrome, and it made it all the harder to move past it. Turns out GI Joe was right after all: “Knowing is half the battle”.

The reason it’s important to know the difference is you’ll deploy different tactics to battle doubt than you will to battle fear.

The insidious nature of doubt is that it often begins as just a tiny trickle. There’s just a teensy bit of it that creeps in, and over time it grows and grows, carving deeper grooves and allowing for more doubt to come through. Next thing you know, bam! Those doubt gremlins have a wayyyyyy louder voice in your head than you actually want them to, but it’s incredibly difficult to separate them out and gain some clarity without their influence in the mix.

This often creates the perfect breeding ground for Impostor Syndrome to take hold. Impostor Syndrome is the thing that makes you worry that some day, EVERYONE will realize just how unworthy you really are of that position you hold or thing for which you are responsible. Impostor Syndrome makes us question our own capabilities, and it can overinflate the importance of criticism we receive from others. For many of the folks I work with (and speaking from my own experiences), it can also cause imagined criticism to suddenly develop a high level of importance. Did you catch that? IMAGINED criticism. How many of you reading this are fighting battles that only exist between your own two ears? Responding to critiques you’ve never actually received? Changing your patterns of behavior based on what you suppose someone else may say, feel, or think? It’s easy to get caught up in this negative spiral.

Fortunately, it’s also easy to hop off the impostor syndrome bullet train of doubt and choose a seat on a different mode of transportation! Start by becoming aware of your doubts. For one day, pay close attention to what’s going through your head, particularly as it relates to goals you want to achieve. Keep a tally of every time a doubting thought pops up. You don’t have to do anything else, just keep track. At the end of the day, check out how many times this feeling of doubt trickled in. Build some awareness of what’s happening in your mindset. No self-judgment, no attaching meaning to any of this, just pure awareness.

The next morning, before you start your day, snag 4.5 minutes (because let’s face it, sometimes 5 minutes in the morning is a big ask!), and bring up that list of doubting thoughts again- anything that’s foisting impostor syndrome on you like an unwanted hand-me-down sweater from your Aunt Judy. Just become aware of them, and then, for each thought, ask yourself, “What would it feel like if the opposite were true?” And then spend the remainder of your time really imagining what it would feel like.

I played with this recently on my adventure to improve my health. I’m changing eating habits, moving my body more, and while I’m seeing results, there is still a loud voice (if you have ever read “A Day in the Life of Marlon Bundo”, it’s what I imagine The Stink Bug sounds like) in my head saying, “You can’t really do this. You aren’t really going to make a lasting change this time. You might be feeling better now, but it’s not going to last- it never does!” It’s exhausting, it’s anxiety-inducing, and it makes me feel like an impostor even when I’m on the treadmill or partially twisted like a not-very-bendy-pretzel on my yoga mat.

So, I applied this strategy to that thought. Instead of feeling like I was on a track to nowhere, I imagined what it would feel like to be absolutely certain that my improved eating habits and extra movement would lead directly to success. I imagined what it would feel like to be sleeping better, consistently choosing healthy foods, exercising more, and feeling more confident in my own skin. If the opposite was true, “I am absolutely doing this! I am making lasting changes! I feel awesome!”, I realized I would ENJOY my time on the treadmill or sweating it out in downward-facing-dog. I would be excited to eat healthy foods, and I’d be RELAXED about the journey I was on.

While this exercise won’t make any of those doubtful thoughts go away immediately, it does give me a contrasting set of thoughts to play with when they pop up. That wiggle room is often enough to break me out of that negative cycle playing out in my head, and I can move forward with more confidence, or at least with more willingness. Try this in your own life wherever you have doubtful thoughts that are making you feel like an impostor, and you’ll no doubt (see what I did there?) boost your willingness to move forward!

PrevPreviousCuriosity Instead of Control
NextFour Powerful Questions for Personal GrowthNext 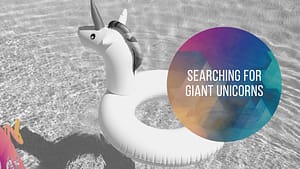 My daughter turned 4 recently, and since it’s Arizona, early May was a great time for a pool

Get Your Shift Together

Why are you crying?

My daughter is almost 4 years old, and she had an EPIC meltdown the other morning. I’m talking