When the Air Mattress Deflates 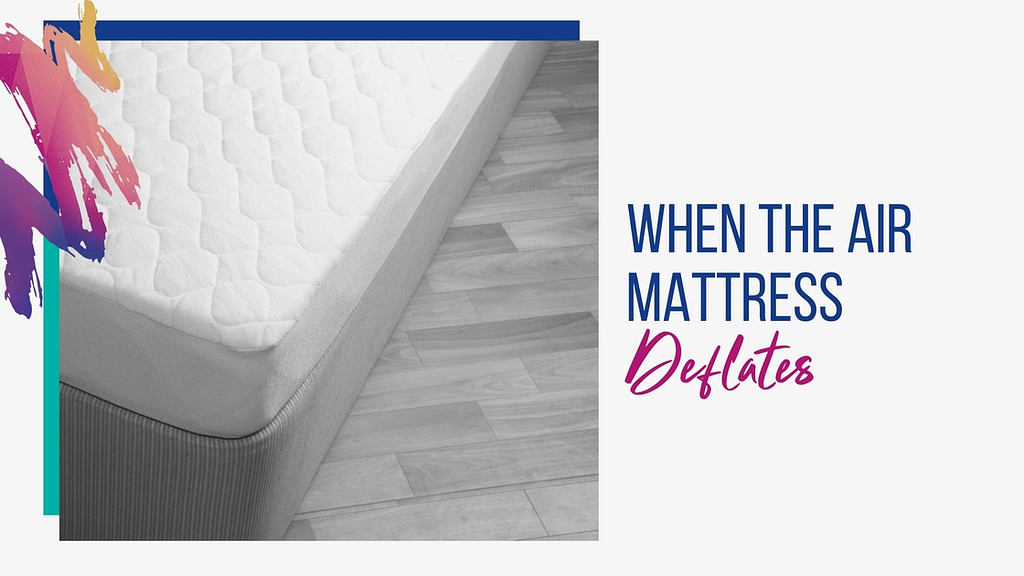 I’m sleeping on the air mattress this week. Or at least I was. More on that in a moment.

My husband tested positive for COVID (round 2, yay!), so we’ve got him isolated in the bedroom with full access to his very own bathroom and privileges to go out back into the yard whenever he feels like it. In our little house, that means I get the excitement of blowing up the air mattress in the living room and trying to keep my daughter from bouncing on it like a trampoline. This is the kind of thing that maybe felt like a novelty when I was younger and now feels like a chore. Who knew you could hurt yourself just by sleeping?? Hello, post-40 life!

All was going well until about 1:00am the first night when I woke up because…what was that hard thing underneath me? Did I leave my Kindle on the bed? And why does my hip ache so badly? Also, why is my butt so cold??

Oh, because the air mattress was pretty much out of air.

Perhaps due to the aforementioned 4 year old’s treatment of it as her personal trampoline, or maybe because it was time for a replacement, or possibly just because the Universe had some jokes in store for me this week, the air mattress was deflated. I did a quick air refill, but in another hour or so found myself in the same exact position as before. By this point, my kiddo had joined me (further accelerating the deflation, of course), and trying to exit off of it was like trying not to spill a full glass of wine on a water bed. I considered slowly rolling off and then stealing my way into her bed, but by that point it was getting pretty close to when my alarm would be going off anyway.

I opted for snuggling closer to her, which, if you’ve ever actually slept on a trampoline or had more than one person in a hammock, you know everyone ends up in the middle being sort of cocooned on all sides by the blankets and the rest of whatever piece of furniture or playground apparatus you happen to be on. I lay in the dark with my aching hip, my little one snuggled against me, and my butt still freezing because WOW that tile floor gets cold, and I took stock of what was going on for me emotionally.

I was exhausted, yes, but the emotions tagging along with that experience were intense. I was stressed out about how tired I would be later, and THIS WAS NOT THE DAY to be exhausted. I was afraid of how I would get everything done that was on my list. I was a little (ok, maybe more than a little) resentful of sleeping on this dang deflating air mattress, and there were even some little (okay, maybe not so little) bursts of anger in there. I wasn’t in full-on pity party mode, but if I were to be totally honest, there were some things that weren’t all sunshine and roses.

My daughter finally woke up a little bit later, and after we navigated the school preparation and drop-off, I noticed my mood was still feeling pretty nasty. Part of that was sleep deprivation, I’m sure, but there were also some parts that I was struggling with that felt like maybe they could be under my control instead. Reliably shifting my mood is a practice I’ve been working on developing for quite some time, so I opted for a few more minutes to myself before jumping into the day. I find that when I can do this instead of hustling headfirst into ALL OF THE THINGS, my day is immeasurably better for it. I worked through the following list of steps and found myself a bit more ready to head into my day. (Without an impending night of sleep on a deflating air mattress!)

Next time you find yourself on whatever your version is of a deflated air mattress, remember to be gentle with yourself, move the heck off of it, take stock of the situation with some reflection, and then move forward in a way that is intentional and builds the feelings you want to have. Oh yeah, and if it’s one you keep coming back to because “it’s good enough” – I’d encourage you to consider a trip out to the trash can and replacing it with something better! Just adding more air to something that’s not working isn’t the answer. 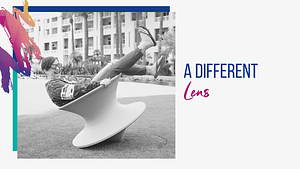